The Single Lasied of the Jacaranda Retirement Village by Joanna Nell 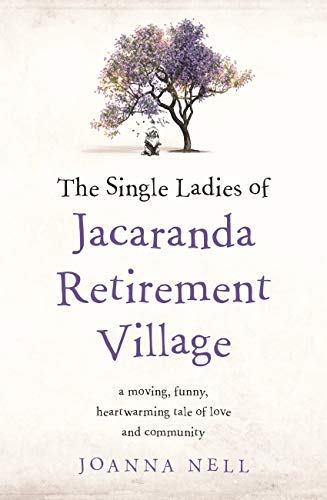 This was a very interesting read for me; in some ways, it hit painfully close to the mark and had me laughing out loud or grimacing along with protagonist Peggy, but in other respects, ‘Jacaranda’ had me facepalming myself at some of its inaccuracies and foibles.

At the heart of things, ‘Jacaranda’ is a good book. A great book. It’s the humorous, yet touching story of aging widow Peggy, who could probably be any of us at 79 — flawed, anxious, full of self-doubt — and her incredible friendship with irrepressible Angie. There are hijinks and hilarity along the way and some poignant looks at the aging process, and beneath it all, a deeper story dealing with Peggy’s and Angie’s shared past.

The issues for me, however, stem from the fact that ‘Jacaranda’ is set in a unique setting — a retirement village in Australia — a setting which is referenced a hell of a lot. That’s all well and good if you take it at face value. However, I’m a manager of a retirement village in Australia, so where a lot of things were written for plot movement or for laughs, they were just untrue and wouldn’t happen in a village, and really got my back up (quick example; residents’ committees having power to make rules over pet ownership in villages and about a dozen other things they do not have the power to decide).

But, as I said, most people out there, I’d hedge and say 99% of people reading this book, wouldn’t see this side of things and probably wouldn’t get irked by it. It did overshadow some of ‘Jacaranda’ for me, which is a shame because otherwise it truly is a delightful story. I’d recommend having a read, especially if you’re over sixty and are starting to feel age creeping up on you — there are a lot of moments here you’ll relate to.