What have I been doing over the past few months? Let me tell you… a SLOG.

That’s to say, I’ve been knee-deep in reading a massive series by Andrzej Sapkowski based on his Witcher character, Geralt. In my last Book Reviews post, I mentioned I’d read the short story books and was just starting on the series, well, here I am some months later and the entire series is done. That’s two short stories and five books in the main series.

It’s a very interesting series. The story is absolutely incredible, the characters rich and diverse… however the writing itself can be very clumsy and awkward. Lots of passive voice and some tense issues among a few grammatical errors most newbie writers would cringe at. I’m not sure how much of that, however, is to do with the translation from Sapkowski’s original Polish version to English. Regardless, I can overlook a lot when it comes to such a fabulous, engrossing story. 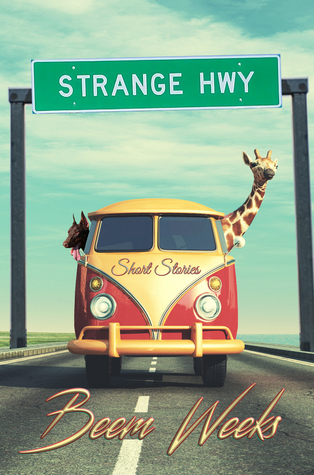 I love short story anthologies. They’re always sharp, snappy, and to the point. And Strange Hwy is no exception. These stories often leave the reader wanting more, or having to use their imagination to fill in the ‘ever after’… which is exactly what a good short story should do.

With a lot of these stories having a 50’s / 60’s flavour to them, you’ll find some poignant issues tackled, from racism to gender equality, and there is an undercurrent theme of death or change in a lot of the stories. One of the best lines I’ve ever read in any book ever, comes from my favourite story in this anthology; “even though my mama always said there ain’t but one race: the human race.” – Overcome (Holy Water).

If you’re looking for something thought-provoking, deep, and with a few twists along the way, check out Strange Hwy. And be sure to pop by Beem’s blog and say g’day! 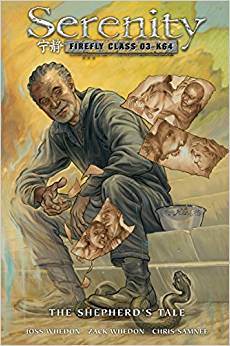 These are a bit unusual in that they’re graphic novels (which I don’t usually read a lot of), however they are the continuation of the best television series ever made; Firefly. Seriously, if you haven’t watched Joss Whedon’s Firefly you don’t deserve to be alive, er, what I mean is… go watch it!

Firefly, the one-season wonder which was disgustingly cancelled without mercy mid-first-season, left so many questions unanswered and so many characters’ mysterious backstories un-fleshed, that Joss felt it only necessary to create a stand-alone movie – Serenity – as well as write these three stories to try and answer some of those mysteries.

If you have seen the show, and haven’t yet read these, I strongly urge you to get a copy and get reading; they’re just like watching an episode – that is to say, they’re pretty fantastic.

To be Followed by: The Gate: An Invasion Universe Novel (Astral Conspiracy Book 1)

A daily selection of the best content published on WordPress, collected for you by humans who love to read.

VICTORIA RAY. OUT OF STANDARD.